The Klondike Visitors Association is proud to organize a variety of popular events in the vibrant community of Dawson City throughout the year. See below for a detailed list of events 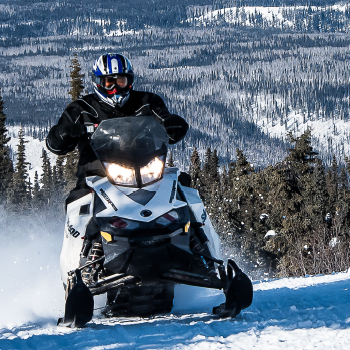 TREK OVER THE TOP

Trek Over the Top is a 200-mile (322 km) international snowmobile run from Tok, Alaska, to Dawson City, Yukon that has been held annually since 1993. Each winter, hundreds of snowmobiles make the journey through pristine wilderness over the Top of the World highway all the way to Dawson City in some of the most emboldening northern conditions. Once they’ve arrived, they are greeted by all that Dawson City has to offer.

Once in Dawson, Trekkers have no shortage of entertainment. Trekkers have the opportunity to play at Diamond Tooth Gerties (Canada’s oldest legal Casino), join the Dawson City Sled Dawgs for a local poker run in the Klondike, become a member of the Dawson city’s infamous Sour Toe Cocktail Club, prove your prowess at the Dawson City Curling Club, and enjoy the vibrant nightlife. With 5 bars all within easy walking distance. Enjoy a cocktail at a former brothel or Gold Rush era saloon. 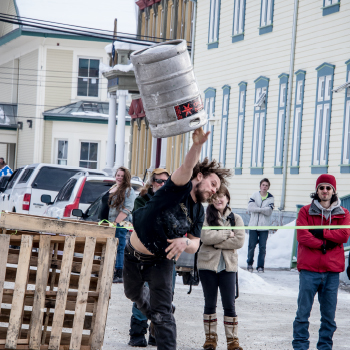 Thaw di Gras Spring Carnival is an annual event that takes place every March as a way to celebrate the end of winter and the return of the sun. This family friendly carnival has something for everyone. Each year over 25 events and activities are organized by local businesses and community members, from the axe toss, snowshoe baseball, Lip Sync competition, chili cook offs, to finding a loonie in a haystack! This outrageous and ridiculous event draws the town from its winter slumber and even visitors from Whitehorse for one the busiest and most fun weekends of the year! 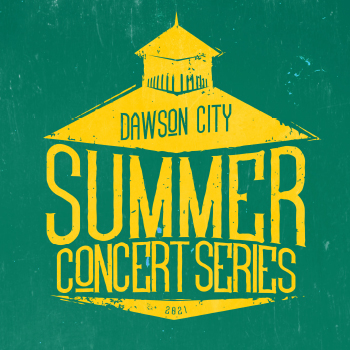 The Dawson City Summer Concert Series is a family-friendly free concert organized by the Klondike Visitors Association. Each Friday in the summer months, at noon, a 1-hour performance will take place at the Riverside Gazebo featuring a local Yukon act! The performances are also aired live on CFYT’s 106.9 FM radio and their website! 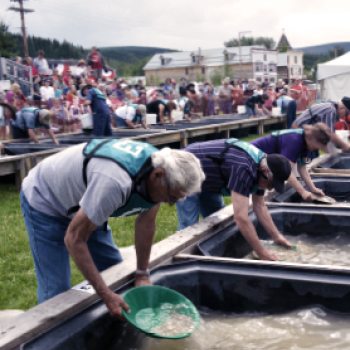 The Yukon Gold Panning Championship is an annual competition hosted by the Klondike Visitors Association. The event is a celebration of the Yukon’s heritage as well as the mining industry that still thrives here today. Gold panners of all ages and levels of experience are welcome to participate. 7 Skill categories range from never having held a gold pan in their hands to those who make a living mining.  From beginner to professional, each category rewards a first, second, and third place- all participants get to keep all the gold they find. 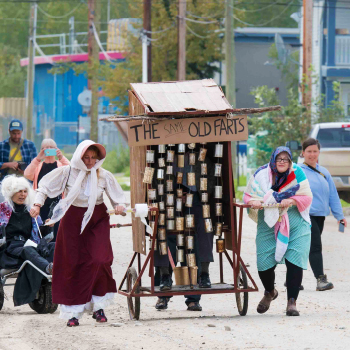 The Great Klondike International Outhouse Race has been heralded as one of the most hilarious Dawson City traditions since 1977. Teams of five (four runners and one team member that’s required to remain seated inside the outhouse at all times) decorate their outhouse and costume themselves in their best outhouse-inspired theme, and then run a race throughout the town! What once began as an event between long-distance runners, is now open to those willing enough to challenge the race, and take their seat upon the throne.

Outhouses were a traditional form of an outdoor toilet during the Klondike Gold Rush long before indoor plumbing existed here in the North, and are still in some areas outside of Dawson City’s limits today. For the race, however, a wheeled metal structure resembling a traditional outdoor latrine combined with a rickshaw is used.

Once the teams arrive with their decorated outhouses and costumes, they are judged by a panel before the race starts based on their creativity, design, theme, and team spirit. Once judging is complete, the teams line up and the race begins. Teams follow a predetermined route with may involve obstacles, scavenging, and speed defying outhouses. 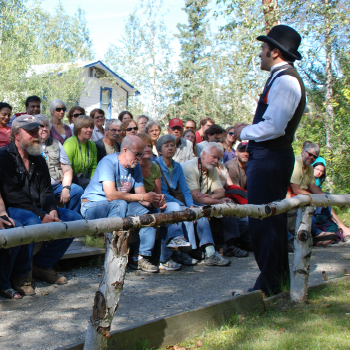 Authors On Eighth Literary Tour and Writing Contest celebrates the work of prominent writers such as Jack London, Robert Service, and Pierre Berton. Writers from all over the world send in their submissions, and are judged by a local panel of esteemed writers here in Dawson City. Once the winners of each respective category have been selected (prose, poetry, and youth), Parks Canada, the Berton House, and the KVA co-host a tour that takes participants on a literary adventure from the Jack London Museum, Robert Service Cabin, and finally to the Berton House where the winners of the competition are announced. 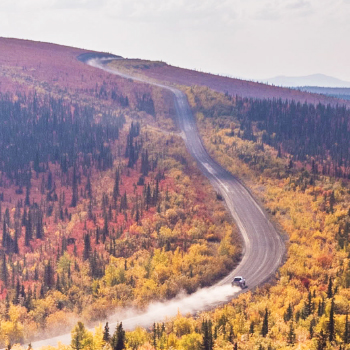 TOURISM FALL ROUND UP

Each fall, the Klondike Visitors Association invites Klondike region tourism Operators an opportunity to connect. Each Roundup gives the participants the chance to reflect and discuss the development of tourism here in Dawson City. It is an excellent time for participants to debrief the last year, what challenges they faced, and to take advantage of market opportunities. 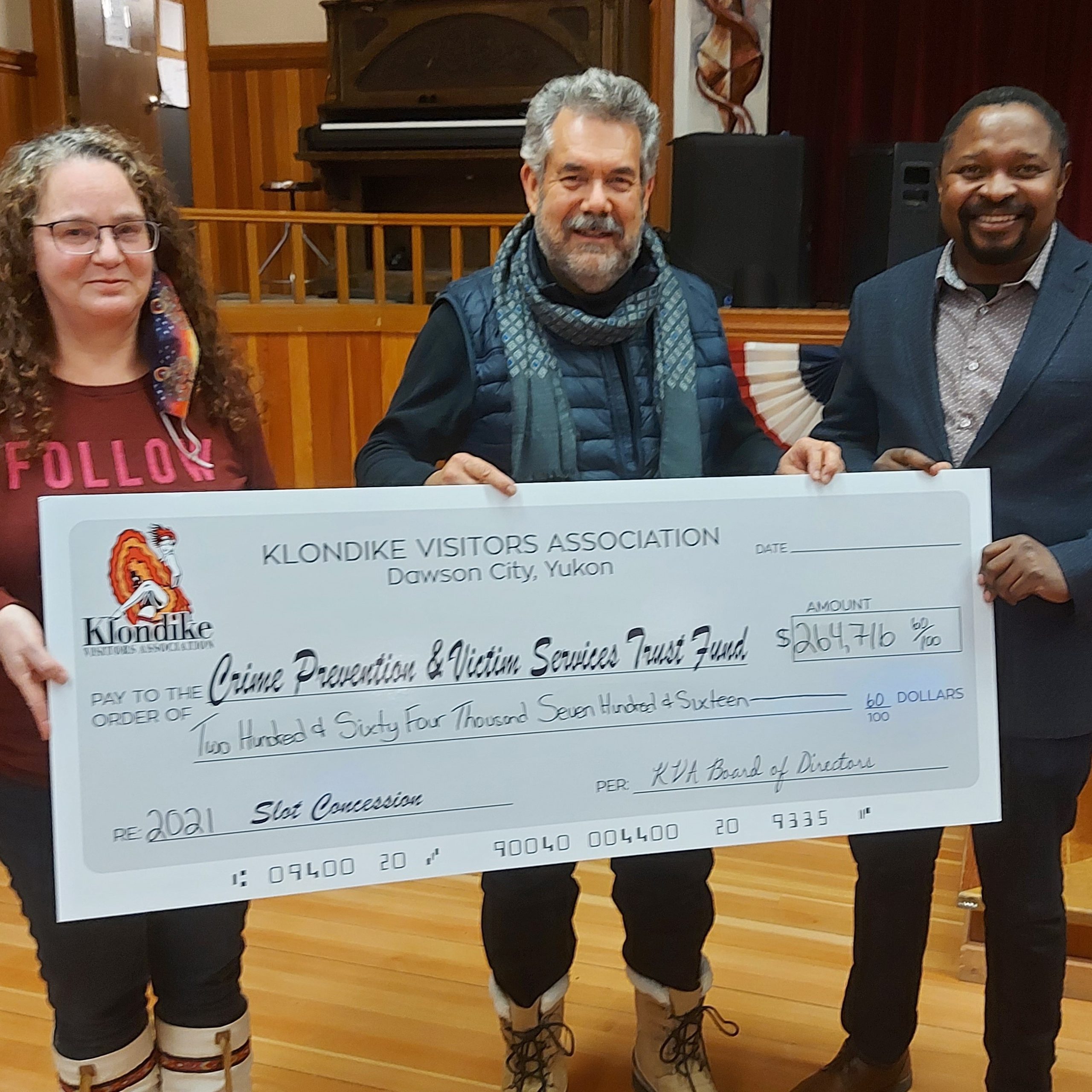